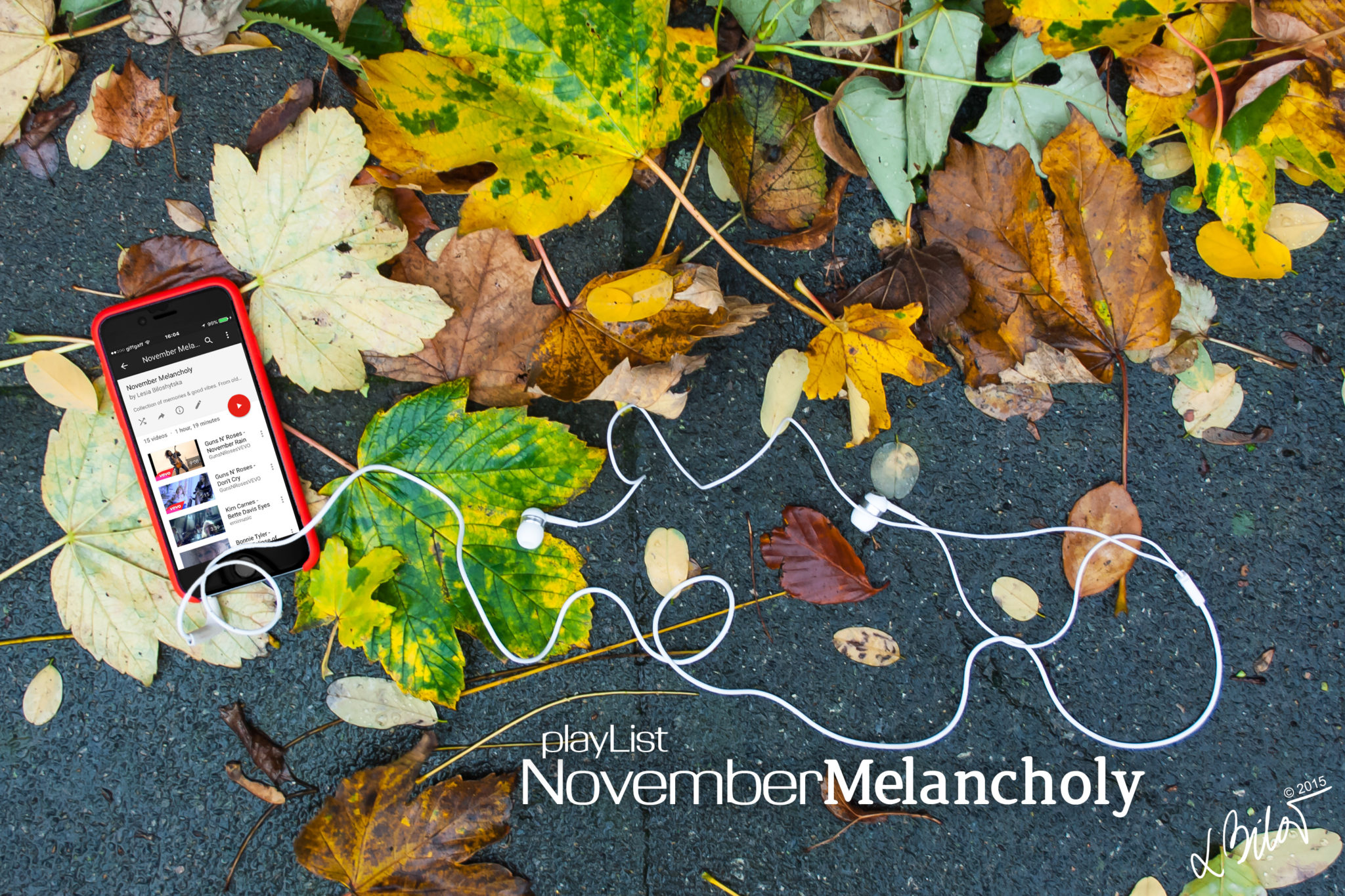 Collection full of memories & good vibes. From good-old times when songs about love were sung by man not by dying cats. Collection from 80’s / 90’s is here for everyone who’d like to have a quiet Sunday afternoon or sign in front of the mirror in pyjamas perhaps :) Turn your speakers ON & travel in time. Enjoy!

Friend reminded me of one song recently: Kim Carnes – Bette Davis Eyes …old good classic stacked in my head. I would like to share my Playlist November Melancholy. Sixteen legendary songs (see full list, by clicking on the menu in a top-left corner of the video) you can share with someone close OR alone BUT definitely with a glass of vine! It can be a great finish for a house party: leaves good atmosphere & creates connection (if its not a party for 15-year-olds :D – than it’s embarrassing).

I love this song, is all energetic, mysteroius & makes you sing :) Text written by Donna Weiss & Jackie DeShannon, made popular by American singer Kim Carnes a few years later. DeShannon recorded it in 1974 but Carnes’ (1981) version spent 9 weeks at No.1 on the Billboard Hot 100 and was Billboard‍ ’​s biggest hit of the entire year for 1981. This recording also won the 1982 Grammy Awards: Record of the Year & Song of the Year.
DID you KNOW?:
There is much confusion over whether the lyrics are “she knows just what it takes to make a crow blush” or” OR “… pro blush”. Jackie DeShannon sings “crow” in her version, and Kim Carnes recorded it as “pro” from a mistranscription of the lyrics. This error has proliferated through numerous cover versions. The phrase “could make a crow blush” is an early 20th-century Midwestern United States colloquialism meaning that one could unease someone with little effort, and the arranger from Carnes’ version was unfamiliar with the term… HAHA shit happens…its still a great piece!

Thx Peter! Have a nice one guys & come back soon :) XoXo