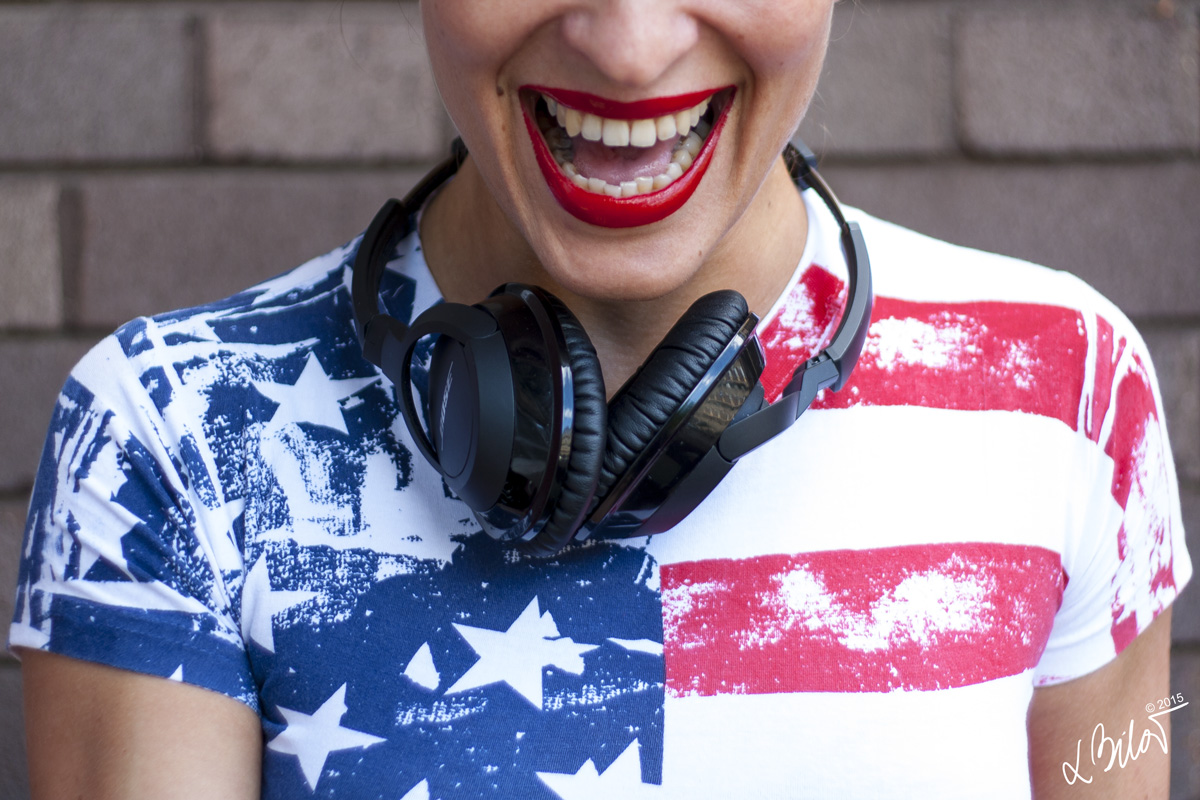 I don’t give a damn about politics! So if you do have some strong feelings against USA, just have a glass of whatever makes you happy and calm. Is any drink politically correct even? Russian vodka in Chinese glass :) Keep calm and relax its just a bit of music. Sound and words with the power to bring the nations closer.

My recent visit to America was brief, only two weeks, BUT I was leaving with a great memories and strong feeling that I will be back soon enough. It truly feels like a country of freedom an endless possibilities. I’ve never seen such a proud nation, with flags everywhere, no wonder there is always a shot with US flag in every American movie. It does leave a deep impression. Take a minute and listen to my collection of songs about America, released over last 70 years, Funny enough that most of them are known by heart even to the NON English speakers :)

Found this old folk classic, that focuses on the beautiful geography of America, describing many sites that can be seen across the country. It’s a land of promise, but it is also a land of beauty. The song is also some kind of a reminder that even as the times change, this land was made for us people. Makes me think about all those people who came in seek of a new better life and fortune behind a big blue ocean.

We are all familiar with “American Woman” song but most of us with the version by Lenny (1998)- Lenny Kravitz – American Woman. But originally this song was performed by Canadian rock band The Guess Who (Burton Cummings vocals are in a different league than Lenny Kravitz). And this is the first Canadian rock group that got a #1 hit in the USA! So I thought its pretty impressive and deserves to move the air in our speakers once again.

A song recorded by British singer Kim Wilde, was released in the UK as her debut single in January 1981. It has been covered by many artists from different genres since then. One of the most successful songs in UK & USA in 1981-82. So it is my peer :) and even after all these years its makes people jump and sing.

This is certainly one of the Bruce Springsteen’s anti-war classic. The familiar rock song chronicles the journey of a soldier from a small town to the war, and then back into the arms of a country that won’t accept him. The dark side of any soldier life. But like most of the rock songs makes you sing a refrain and jump with Bruce…

James Brown contributed this funky piece to America’s patriotic songs list via the Rocky IV soundtrack. It glorifies the highways and byways of American land, focusing on celebrating the joy that can be found in America’s cities and how good it feels to be there. Haha, been there, so can confirm – it does feels good to be there! For some unexplainable reason, even in the middle of nowhere or on the road in the car… strange feeling of freedom, love it!

A Czech song called Amerika – funny enough there is NOT a single word about America :) The song America became their most played and successful song of the year.

American Idiot is name of the Green Day’s album as well as first track on it. The album has sold over 15 million copies worldwide, over 6 million copies of which were in the US alone. It did won a Best Rock Album price in 2005 for the Green Day band. This album was one of my first CDs and so it has a special meaning for me… volume up!

The song deals with the worldwide influence of the culture of the USA. The band views it as a satirical commentary on Americanization, and the lyrics refer to such things considered American as Coca-Cola, Santa Claus, and Mickey Mouse… all things we desired as kids, and kids dont think about borders or countries as such. Well if Second World War end-up differently, maybe American bands will sing something about Weihnachtsmann or Maya the Bee now :)

A very special one by a young man from California – “Deväť – pieseň pre Slovensko”. Lyrics doesn’t make much sense, although I think its a perfect sample of words that any tourists brings home from this beautiful little country in the heart of Europe (yes it’s a fucking Central Europe not East!). Whether it’s a fake or not its Sweet & Fun.

Something light on the end. Americans just love their freedom and endless possibilities! Honestly that is an incredible quality I deeply admire and miss in Europe sometimes. No matter how corny it may sound – Do something with your life!

A song recorded by Barbadian singer Rihanna for her upcoming eighth studio album, seems like a fast track through an American history. “American Oxygen” was first featured on commercials which promoted the 2015 NCAA Men’s Division I Basketball Tournament. Later, the song was made available for streaming on April 5, 2015

“America was not built on fear. America was built on courage, on imagination and an unbeatable determination to do the job at hand.” – Harry S Truman, 33rd President of the United States of America

I love travelling and exploring. My main point of interest are people, cultural differences, marvelous food, fantastic country views and I tend to enjoy all of that instead of thinking about current political situation. Bearing in mind politic and economical troubles, which are happening all around the world, would ruin all fun and joy in your life. So don’t be ignorant, help if you can but please don’t hit everyone in the face with your strong believes or hate, its not gonna change a thing! 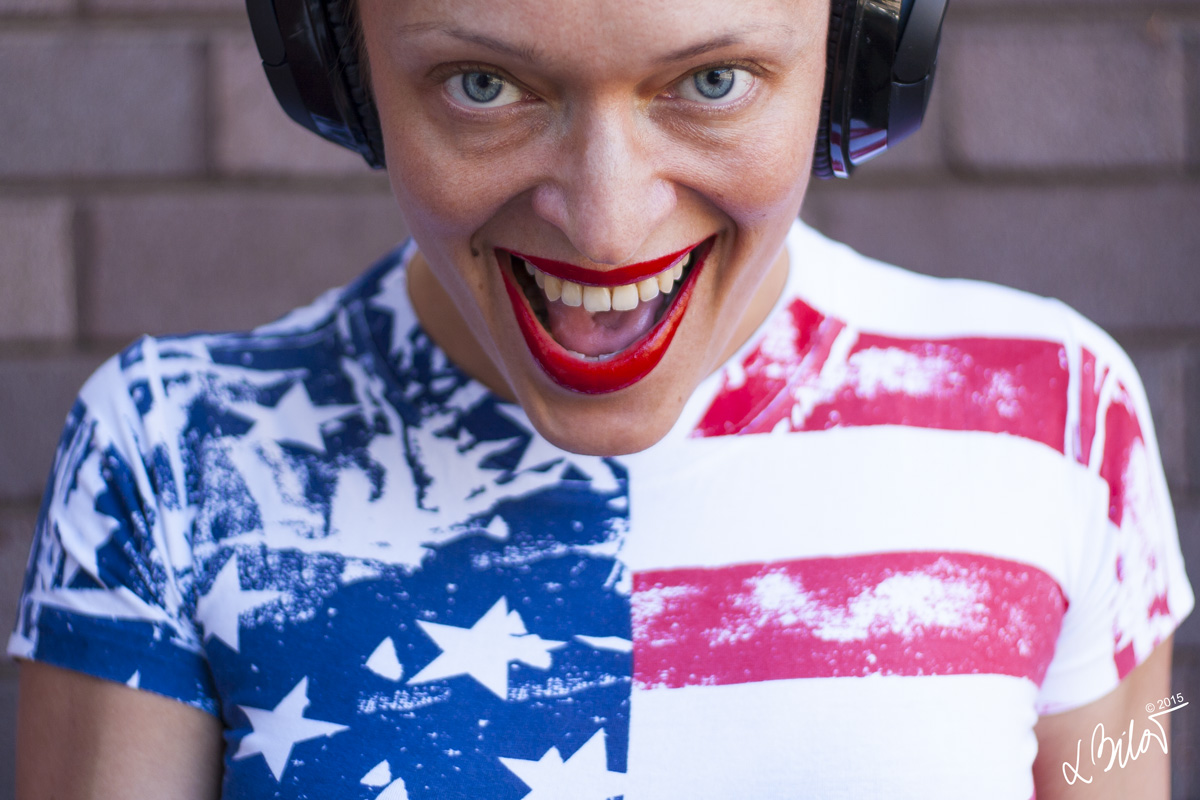 PHOTO
Shirt from a gift shop in NYC, USA. Bose Bluetooth headphones – fantastic sound, Bluetooth is failing from time to time, though.