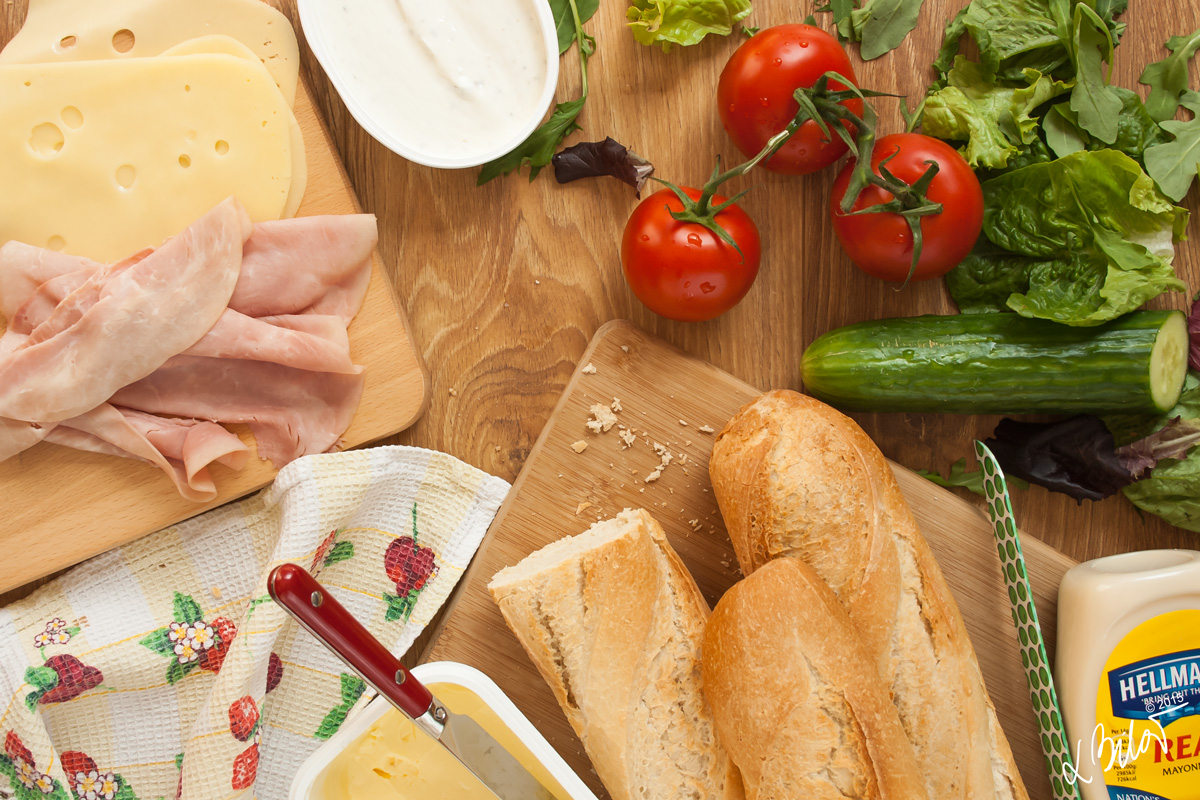 My first baguette – an amazing crispy salmon baguette made in Trnava, Slovakia; about 25 years ago – changed me forever! A small sandwich shop, located in heart of Trnavas’ historical centre with, is still open & offers a wide range of sandwiches ever since. Give it a try if you are around. My heart bleeds when I see those cold, soggy, soft baguettes available in almost every store. I offer you a real mind-blowing taste – the Baguette a la Lesia today.

A baguette is a long thin loaf of French bread that is commonly made from basic lean dough. It is distinguishable by its length and crisp crust. Place of origin: France. Since I don’t bake, here is a good-looking recipe for a Homemade French Baguettes

The word “baguette” was not used to refer to a type of bread until 1920, but what is now known as a baguette may have existed well before that. The word simply means “wand” or “baton”, as in baguette magique (magic wand), baguettes chinoises (chopsticks), or baguette de direction (conductor’s baton).

Though the baguette today is often considered one of the symbols of French culture viewed from abroad, the association of France with long loaves pre-dates any mention of it. Long, if wide, loaves had been made since the time of Louis XIV, long thin ones since the mid-eighteenth century and by the nineteenth century some were far longer than the baguette: “… loaves of bread six feet long that look like crowbars!” (1862); “Housemaids were hurrying homewards with their purchases for various Gallic breakfasts, and the long sticks of bread, a yard or two in length, carried under their arms, made an odd impression upon me.” (1898)

Read more about History of the Baguette.

My personal favourite of all times is definitely a salmon baguette. Here is a quick recipe for a REAL baguette – Fresh crispy baguette, butter, lot’s of mayo, cheese, ham/salmon/tuna/chicken/salami, tomato, cucumber, wild rocket, crispy salad. Cut baguette in half, spread butter on one side, mayo on the other and layer-up all ingredients on one side. Add more mayo on top. Cover it up with other half & press gently. Bon Appétit! 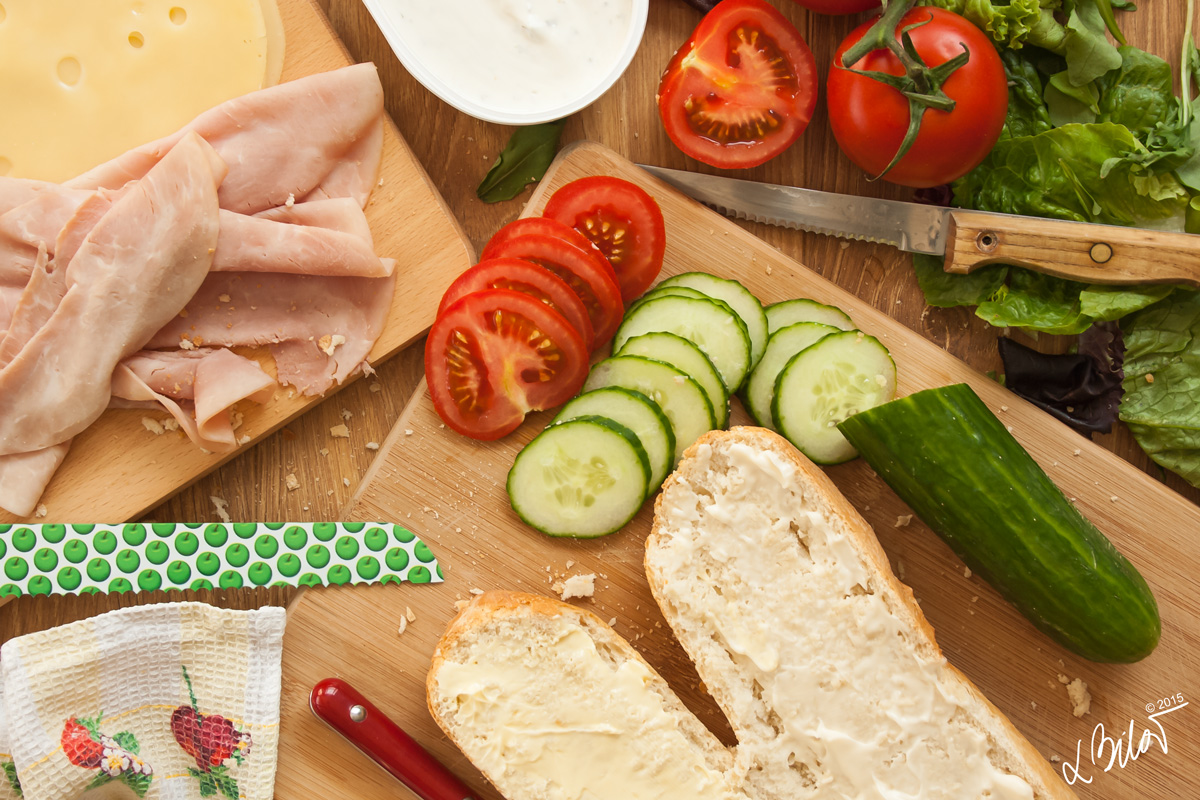 The key is in a thin, even slices. Be generous with ingredients, bread is only a wrap not the main taste. 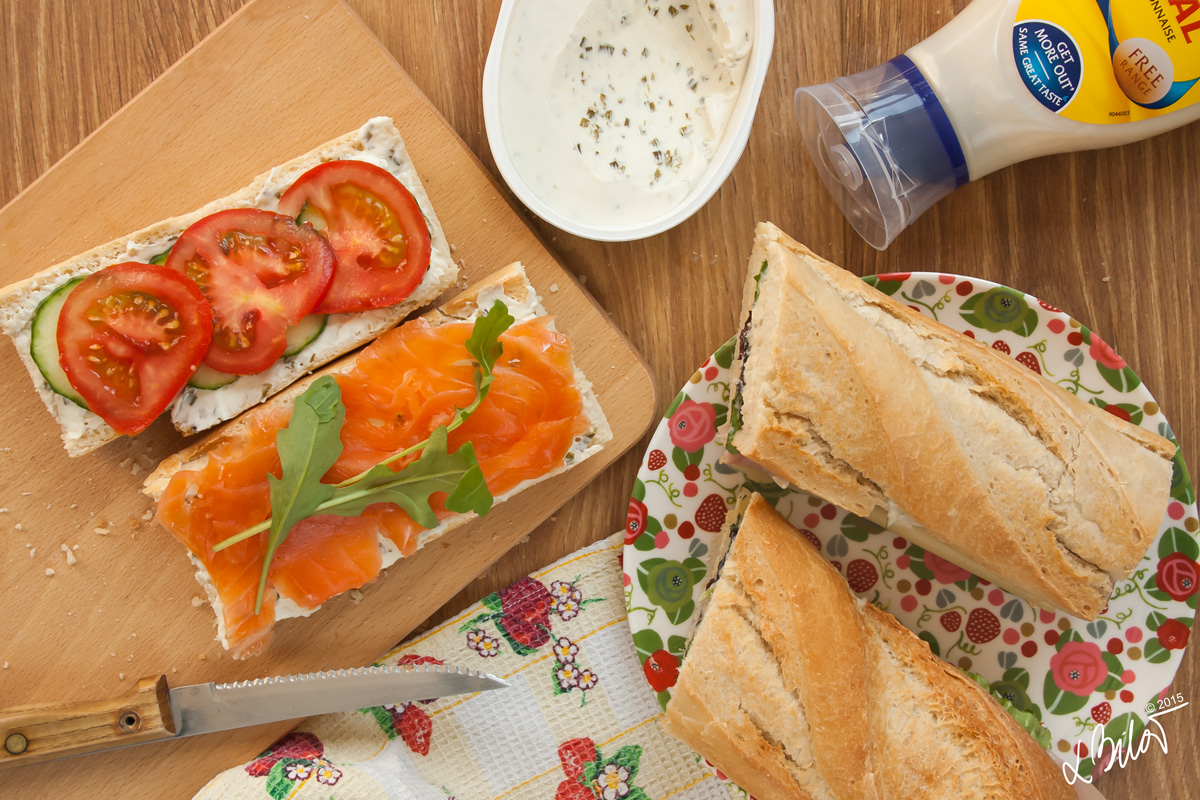 Soft cheese is great with salmon, instead of butter. 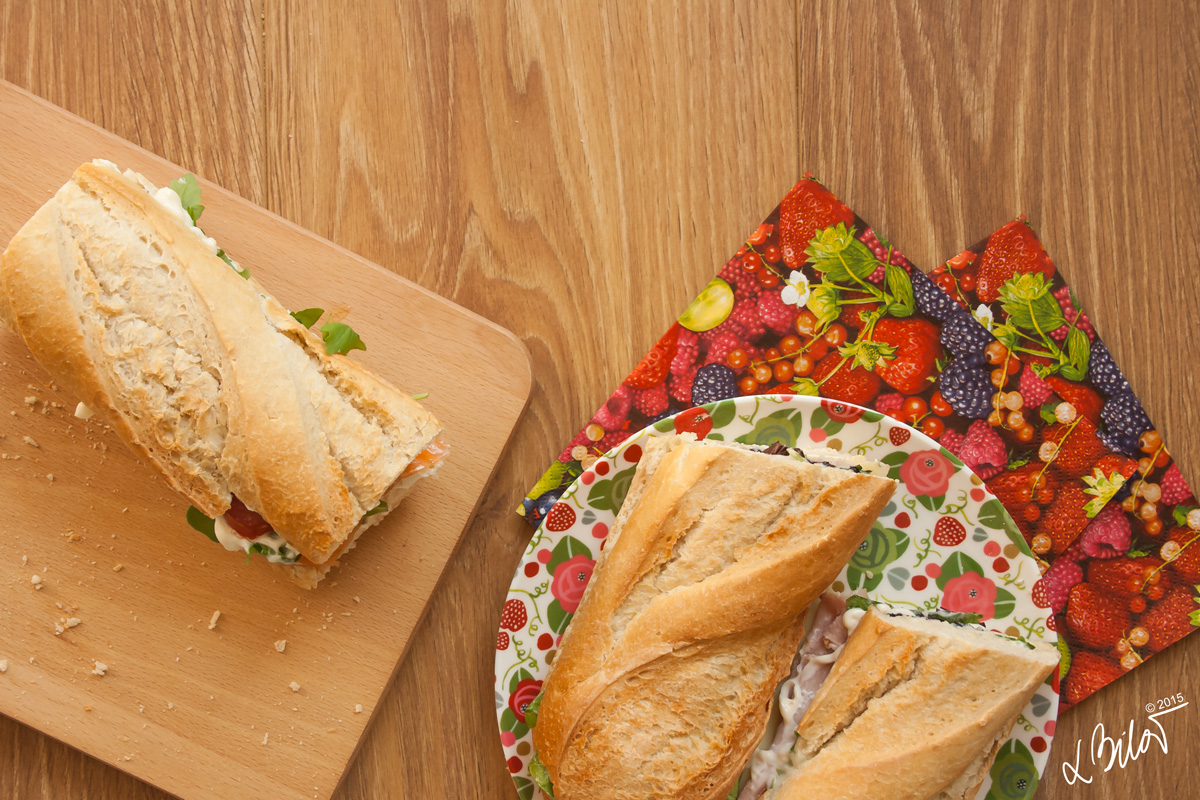 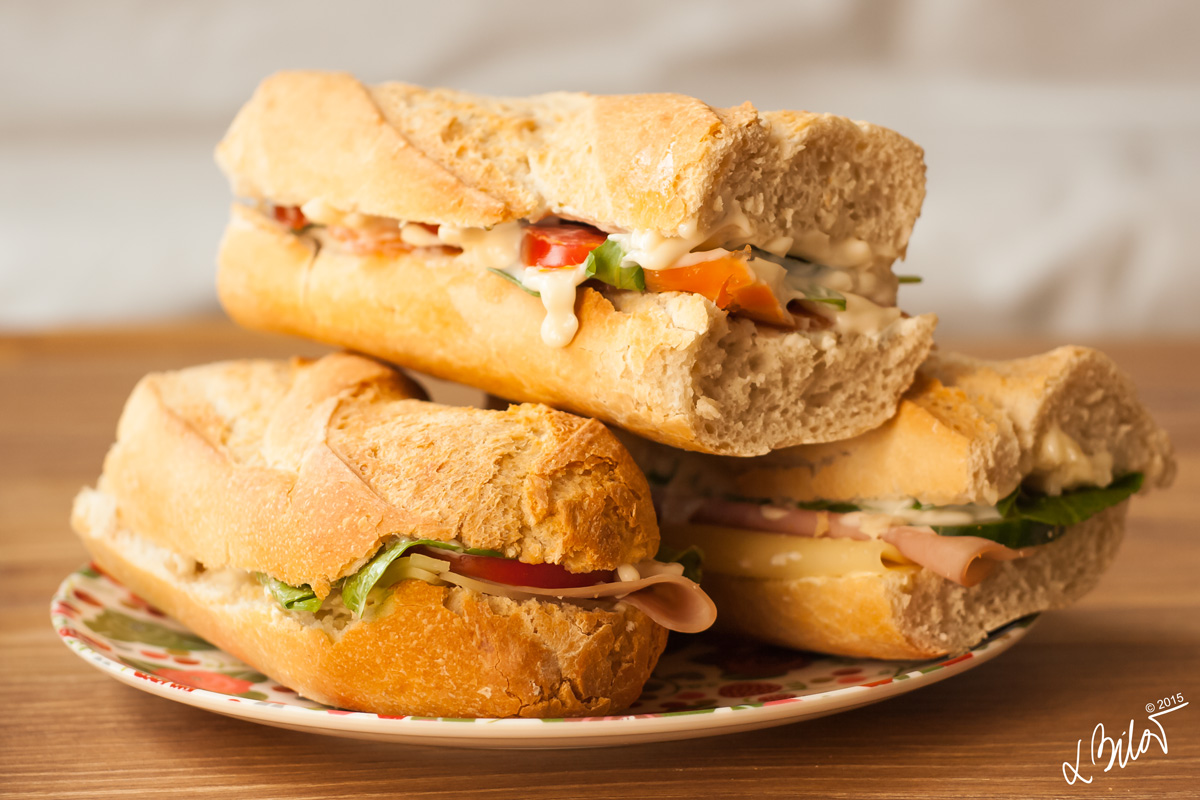 If mayo does not dropping of it means there is simply not enough of it! Dont be shy, add some more mayo! :) 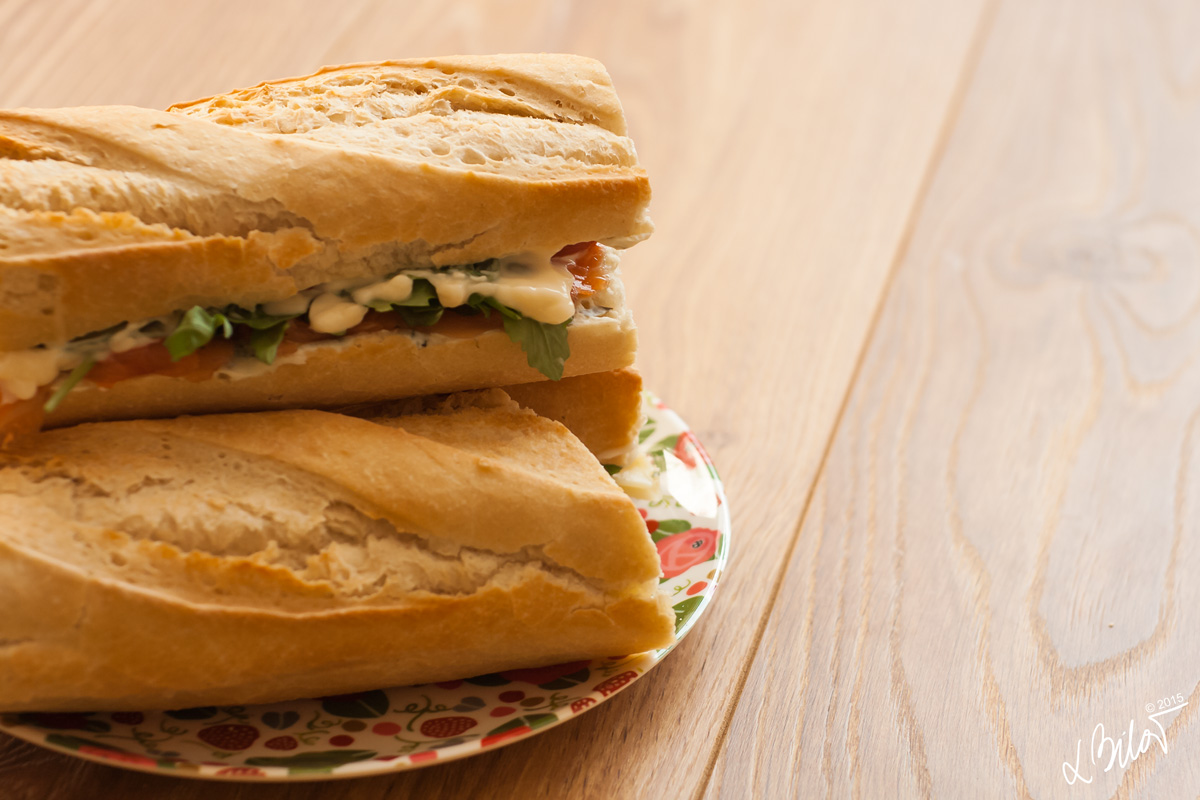 I switched to the rye bread few years ago (just feels lighter & healthier) BUT nothing can replace fresh crispy baguette. Amazing breakfast, a lovely change & explosion of taste.