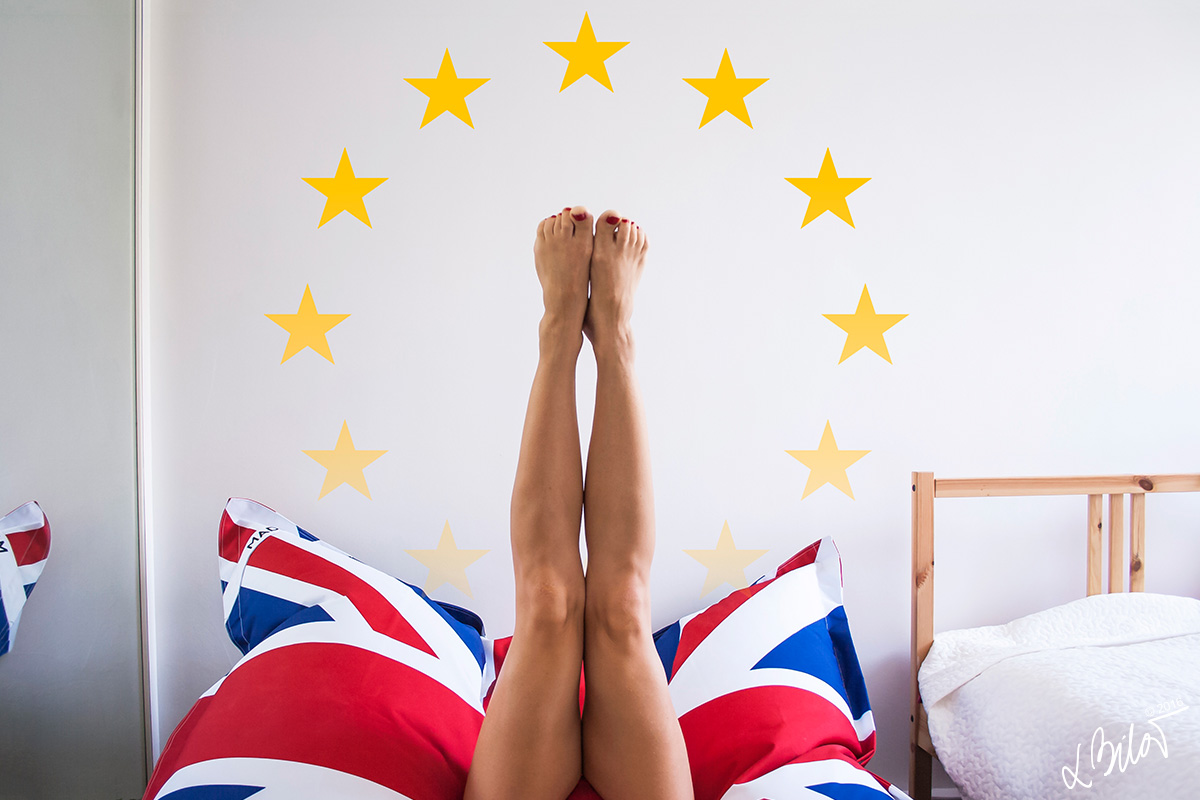 I’m not as excited about politics as some of my friends are. But something big like this made me nervous & curious. It was my genuine negative surprise of the year: Brexit OR EU Refeyendum.

I’m a proper expat, 100% pure European child. The results of Britain most important referendum of the last decade, shocked & saddens me! Brexit was definitely a surprise of the year for many people around the world (including Brits)!

I was born in Ukraine (Kiev), growing up in Slovakia (Bratislava, Trnava). My love & work life brought me to the Czech republic (Prague) & England (London). I also enjoy travelling around the world OR exploring our beautiful Europe. Coming from ex USSR country – where travelling abroad, expressing your self OR dreaming big were utopia, an European Union (EU) was a dream came true. Visa-free travel & ability to work abroad. To grow, learn, improve as a person & working professional. Meeting new people, making friends & expand horizons about different cultures.

As in every union on this planet there are PROS & CONS. Everything in our life, every decision, experience & sacrifice has its own advantages & disadvantages. 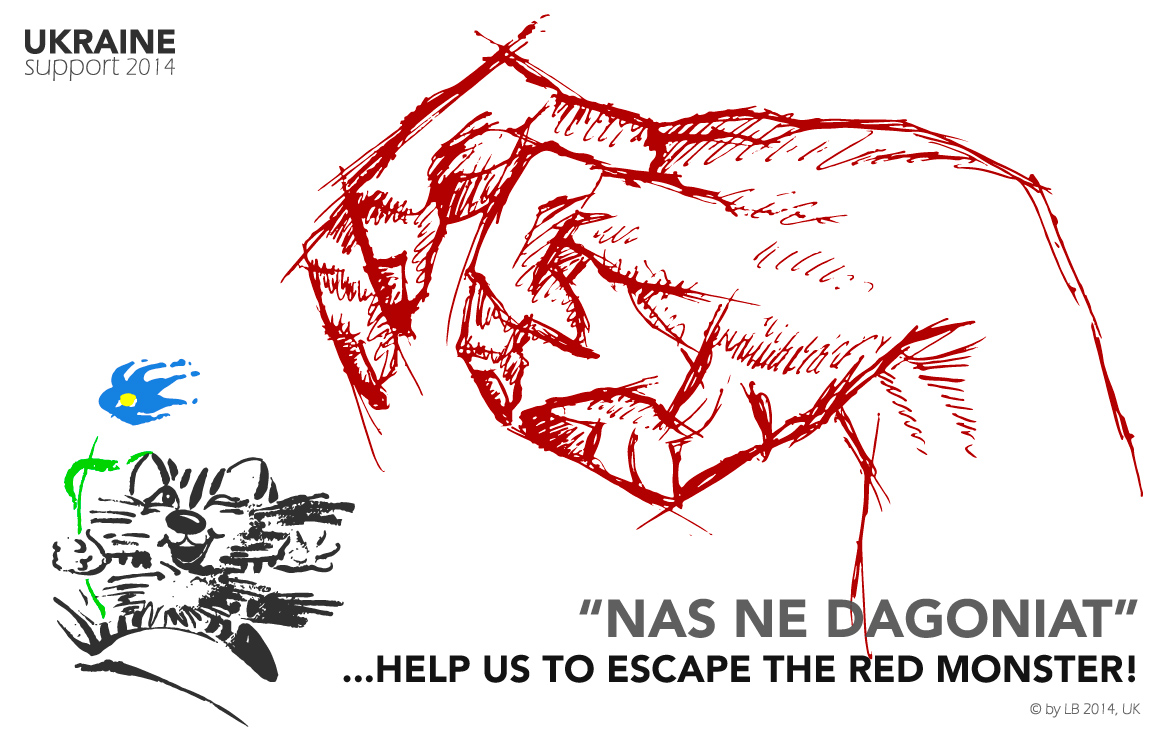 My bellowed Ukraine started a revolution – EuroMaidan in 2014 – just because the dream of being a part of EU at some point in the future, was taken away! The whole world supported them, but now there is a civil war for 2 years in Donbass, East Ukraine. Thousands have died for their dream of Europe.

“EuroMaidan had grown into something far bigger than just an angry response to the fallen-through EU deal. It’s now about ousting Yanukovych and his corrupt government; guiding Ukraine away from its 200-year-long, deeply intertwined and painful relationship with Russia; and standing up for basic human rights to protest, speak and think freely and to act peacefully without the threat of punishment.” – journalist Lecia Bushak

In July 2015 I was visiting friends in a capital city of Slovakia, Bratislava. What was a lovely summer afternoon & time for a Pride parade, turned into to darkest Slovakian afternoon I’ve seen. Pride parade was cancelled & I guess most of the tourist just ran to hide into hotels. As a strong protest against Islamic fascism took place in Bratislava that afternoon. Why?

In May 2015, the European Commission (EC) published a proposal detailing how it plans to work on migration disaster, caused by millions leaving their homes in Africa, because of the horrors & war. According to the document, Slovakia will have to host 785 new migrants, mainly of Syrian or Eritrean origin. Of this total, 471 will be resettled from Italy and 314 from Greece… Little did they know Slovakian people; always ready to fight for their land… 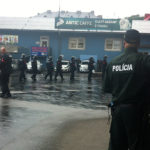 Yes it is upsetting & difficult situation for sure. Slovakian economy isn’t the strongest BUT people seems to think they live in some kind of bubble. Being a part of EU is convenient only as a benefit (money from various funds, info/technology exchange, visa-free travel). It is a small country, having all kind of domestic issues with gypsies abusing social system & corruption on every possible level in any sector. But I never expected to see so many Slovakian people, ready to march to the city full of hate! Protest against immigration quotas in Bratislava organised by radicals reminded me of a dark history in Germany. Swastikas & 14,000 people full of hate again other people. How quick do we forget about the horrors from the beginning of the last century. Brrr I don’t enjoy this kind of goosebumps!

I’m also an immigrant & my life was only a more difficult because of that. But our family survived all the difficulties of being a “Russian” person in Slovakia & I feel grateful now. But I always felt too much negativity against emigrants from USSR, black & gay people… or even people who thrive. You simply CAN NOT stick out from the crowd! So I was so proud that I live in London. Where diversity & nations came together (with occasional troubles now & there) to simply live their life & make sure their families are safe. I was speeding a calm message about how English people don’t panic about this situation. That they are simply slowly adjusting. By changing the legislative in any possible way to protect the country & its citizens.

Yes there are radicals & groups plotting attacks, but those are everywhere around the world these days. We can’t just all lock ourselves in our houses because of that. That would make so much easier for them to destroy everything we Europeans are proud of!

With this calm English attitude I was completely overwhelmed by the Slovakian negativity & happy to be back in London. Oh how wrong was I! Just a year later the Great Britain is about to leave EU for the exact same reason… emigrants!

The counting was on the screen of every TV in any bar, all night – ALL AWATING AN OUTCOME – some came home at 7am OR even got a day off on Friday! I mean it was bigger than the Olympics! But the next morning, it didn’t feel like a Victory for anybody. People slowly realising what it actually means & that the all good parts of the EU deal will disappear as well… Oh well, let’s see what future holds for us.

In my opinion there is no reason to panic for those who are in UK legally. So if you are working, paying mortgage, having children with UK citizen & so on – no one will drag you back to Europe! :) Hah that’s my hope anyway :) Will see how politicians are gonna clean-up the mess after they gave the power to those not so capable hands – to the people. People not knowing all those delicate details of European Union.

EU Refeyendum girl says it all

Few quotes on what I heard from Londoners the day after their Break Free:

“How is this even possible?!”

“This is amazing, finally we are free again! Cheers to that guys!”

“I genuinely can not believe it, I simply couldn’t sleep last night…”

“I’m so disappointed, this is not right… it’s not a forward thinking… we are going backwards!”

“Shocking! What’s next? A barbed wire?”

“Like a worst hangover day ever! Because I know all days after will taste shitty like it feels today!”

“Very emotional experience as I hold a British passport yet grew up in the most European country in Europe in school that was designed for children of all the European nations to help unite us.” – Ben, Expat from Edinburgh, Luxembourg & Prague

Moving all my life from country to country made my feeling of patriotism weaker I guess! So YES I’m an Expat. I don’t care about the borders & passport you hold! Those who hurt me the most were always those closest, low abiding citizens. So if I have any hate in my heart is to them & known terrorist – for their crimes against humanity. In my opinion illegals & contraband always find its way, as those are funded by a lot of money & important people. So think about that next time you will march to the streets full of hate, hate to the unknown OR voting for a step back!